A case study of Education and Human Rights​

In the book I talk about the students at the Intercultural Education junior and senior high School that operated in Thessaloniki since 1985. This school is attended by Greek and migrant students from abroad.

In the three school years (1995-1997), the parents and students of the Greek Kassandrou School created tensions by applying pressure on the State to move the Intercultural Education students from the school complex on Kassandrou St. where they were being hosted. This book describes all mobilisations carried out by the repatriated and migrant students, from the very beginning of the tension until they were finally forced to move school.

The historical information contained in the book has been drawn from the archives of the Hellenic Parliament, the press of Thessaloniki, and my personal diary and photo archive.

The book includes the following events:

–A student peaceful walk of protest in the center of Thessaloniki that signaled the end of an era, the ten-year operation of the Intercultural Education School in the school complex on Kassandrou St.

–The questions asked at Parliament by MPs, Yannis Katsaros, Gerasimos Aravanis, Petros Kounalakis and Georgios Rokos in favor of the rights of students at the Intercultural Education School and regarding the dangers to the health of these students and their teachers from the electric company’s high-tension wires on the school property.

–A broad meeting at the Ministry (Department of the Greek Government) of Macedonia and Thrace under the auspices of the General Secretary of Repatriated Greeks, Christos Kamenidis about ending the Greek students’ occupation of the school.

–Initiatives undertaken by Stefanos Tanimanidis, President of the Pan-Hellenic Federation of Pontian Associations, through visits to the school and negotiations with the Greek students about ending their occupation of the school.

–The measurements of the electromagnetic field at the school yard by Professor Kostas Lioliousis of the University of Athens.

–Announcements by Teachers’ Union Organisation in favor of equal treatment for migrant students in education and their concern about the occupation of the school on Kassandrou Street.

–Announcements by the school’s Teachers’ Association about the dangers represented by the new building and the social and cultural isolation of the students.

–Complaint submitted by the President of the Parents’ Association of our junior high school to the Public Prosecutor regarding the unsuitability of the building that was purchased by the State Governor of Thessaloniki, the danger to the health of the students from the two high tension pylons of the electricity company DEH and the financially unjustified purchase at the expense of the Greek public sector.

-Finally, interviews in the press, votes and accusations in the press addressed to competent authorities by the students of the Intercultural Education School.

Throughout this entire process, I believe that the students learned how to fight for their rights, and how to accept the result with dignity. The protagonists in this story should be proud of the fact that, a few years later, they were justified by the result. The old building that was purchased to house the school was abandoned and today remains a ruin to keep our memories alive. 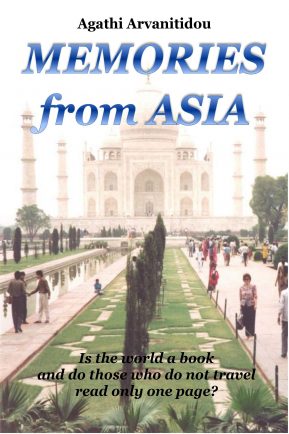 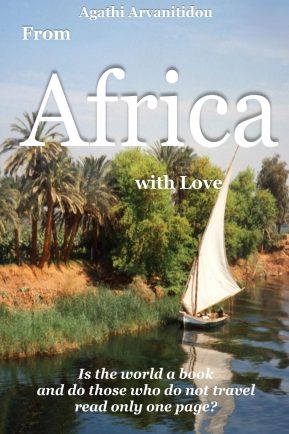 From Africa with love